It’s reported that dancehall artiste Stylo G was arrested in Manchester, England after a domestic dispute with his girlfriend.

According to multiple sources the entertainer’s girlfriend cheated on him. he searched her phone and found out that she wasn’t as loyal as she said she was.

Stylo G then started to argue and it is said that he hit her multiple times in the face which led to him being arrested. 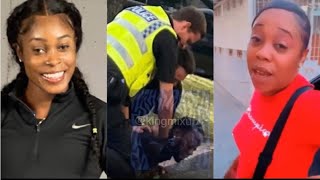 His girlfriend is currently at the hospital being treated and it is not said if she pressed charges against the entertainer.

MORE TO COME AS THIS STORY DEVELOPS.