It’s been a month now dancehall artiste SilkBoss Disrespected his former manager Terro Don Ent and his day one friend over a girl known as Brii, But social Media Users and other artiste’s called her “The Groupie”.

After Silkboss met brii over Instagram (Which She’s The One Who Slides Into His DM) he began to start disrespecting his friends and manager terro don for her.

Because they were telling him she’s just one of those girls who date’s artiste or anybody with little money (Opportunist).

However, Silkboss Didn’t Believe Because he is deeply in love with her, He even went as far as to say she will never cheat on him.

But I guess he was wrong because not even a month has passed and already Brii Spit into his face (Disrespect Him).

Below you will see the leaked tape with Brii and the other man. 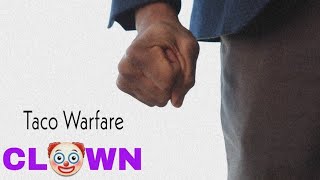 BREAKING NEWS: Silk Boss get box up by gunman (viral video inside)

Side Chick stabbed to death by her sugar daddy’s wife (graphic...

Woman gives birth to a goat after her husband obeah her...

Woman commits suicide after her babyfather cheated and got another woman...