SCROLL DOWN TO SEE THE GRAPHIC PHOTO

Haiti’s President Jovenel Moïse has been killed in an attack on his home in the nation’s capital, according to the country’s interim prime minister.

The First Lady was reportedly also injured in the attack, the international press has reported.

Mr Joseph said that “all measures had been taken to guarantee to continuance of the state”. 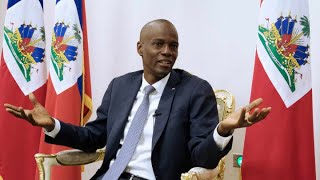 Meanwhile, in reacting to the news, Prime Minister Andrew Holness in a social media post this morning said the world awoke to the shocking and tragic news of the assassination.

Prime Minister Holness said he’s met and spoken with President Moise many times and in all my interactions with him, particularly within the context of CARICOM, he found him to be a man committed to seeing Haiti take her place in the world.

The Prime Minister says this heinous act is a stain on Haiti and a sorrowful time for the region.