Police and gunmen are currently in a shootout at the Denham Town police station on Spanish Town road.

It is not said how or what caused the shootout and it is unconfirm if anyone has been shot. police are still on scene doing their investigation and trying their best to capture the shooters. 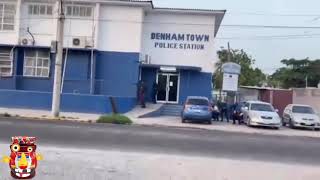 The police were conducting an operation in the area when they were fired upon by the gunmen. A battle then ensued between the heavily armed men and the Denham Town cops, with the Special Weapons and Tactics team, a military-like unit within the police force, scrambling to assist the cops to prevent the men from escaping May Pen cemetery.

Police diverted traffic away from that section of west Kingston as intermittent gunfire from high calibre weapons punctuated the air in sharp staccato bursts.

The public is being asked to avoid Spanish Town Road in the vicinity of the May Pen cemetery.