Four-year-old Nashawn Brown died at hospital yesterday, hours after he was beaten allegedly with a piece of stick by his stepfather for “eating slowly”.

His mother and step-father were later questioned by detectives after which the step-father was taken into custody, the police confirmed through its information arm, the Corporate Communication Unit (CCU).

“We are awaiting the results of the post mortem to see if there is enough to lay charges,” a CCU spokesperson said. 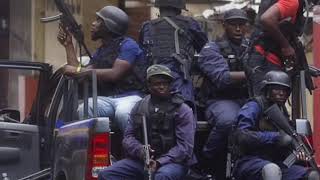 It’s alleged that the mother of the four-year-old was also physically assaulted with the piece of stick after she tried to calm her enraged spouse.

The CCU did not disclose details of the circumstances that led to the child’s death, but said an investigation is underway.

According to sources and a police report seen by The Gleaner, the four-year-old complained of not feeling well and was “eating slowly” about 7p.m while the family was having dinner.

His step-father “became angry and broke a piece of stick which he used to beat the deceased severely causing bruising and swelling to his upper and lower limbs,”according to the police report.

It’s alleged that when the child’s mother tried to speak to her spouse he used the stick to hit her over the head and then took a piece of metal to beat her all over her body, causing bruising, swelling and a wound to her left arm that caused bleeding.

The child reportedly went to the bathroom where, minutes later, he was found by his step-father breathing slowly, before he became unresponsive.

According to CCU, Nashawn was pronounced dead on arrival at the Spanish Town Hospital about 9 p.m.